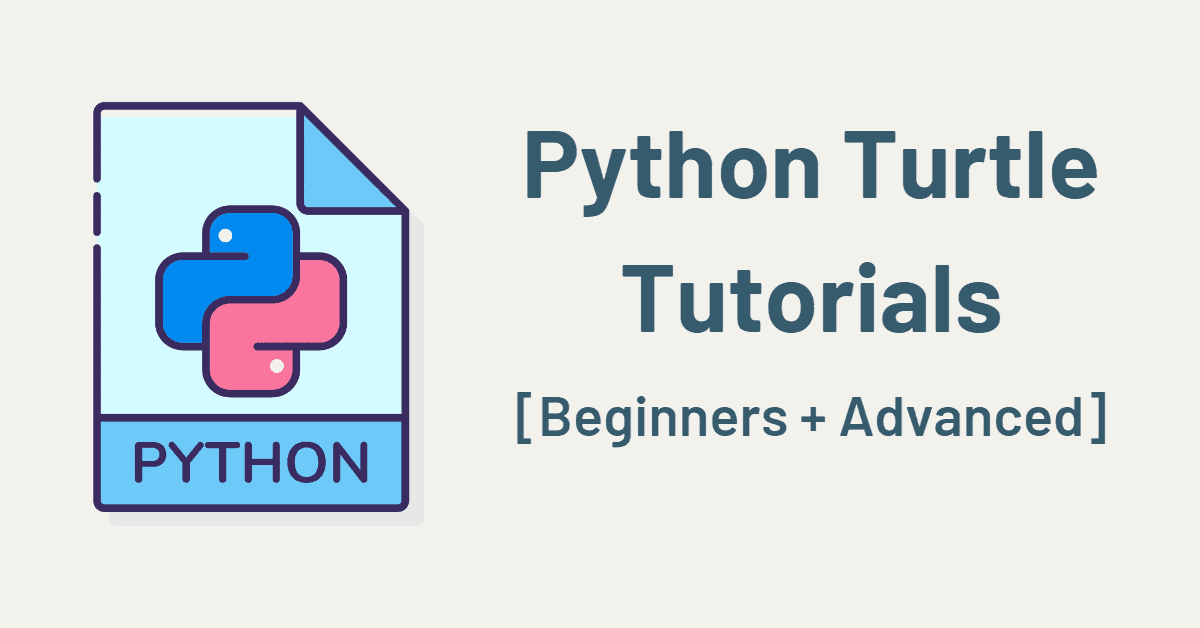 Turtle is a pre-installed library in python that is similar to the virtual canvas in which we can draw shapes, designs, and attractive pictures. It was developed by Wally Feurzeig, Seymour Parpet, and Cynthina Slolomon in 1967.

This page will briefly guide you through basic to expert-level Python Turtle topics. But before that let us get started with Python turtle

The turtle is a library that we can import and use to draw anything we want and we will see an on-screen-shaped cursor that we can command to move up, down, left, right, and forward, backward to draw something for us.

With the help of the turtle library, a new programmer can get an idea of how we can do programming with python in an easy and simple way.

By the end of this section, we will get a clear idea of What is Python turtle and how we get started with a Python turtle.

The turtle graphic is a vector graphic using an individual cursor upon a cartesian plan. The idea of turtle graphics was used in the LOGO programming language.

Additionally, in this tutorial, we will also illustrate how to create graphics in python turtle. And discusses various examples which will help you get a better understanding of the topics.

Now, in this section, we have to implement all that we have learned into a single program and create games that we play with our friends.

This is the list of the tutorial that will help you to create a game with Python turtle.